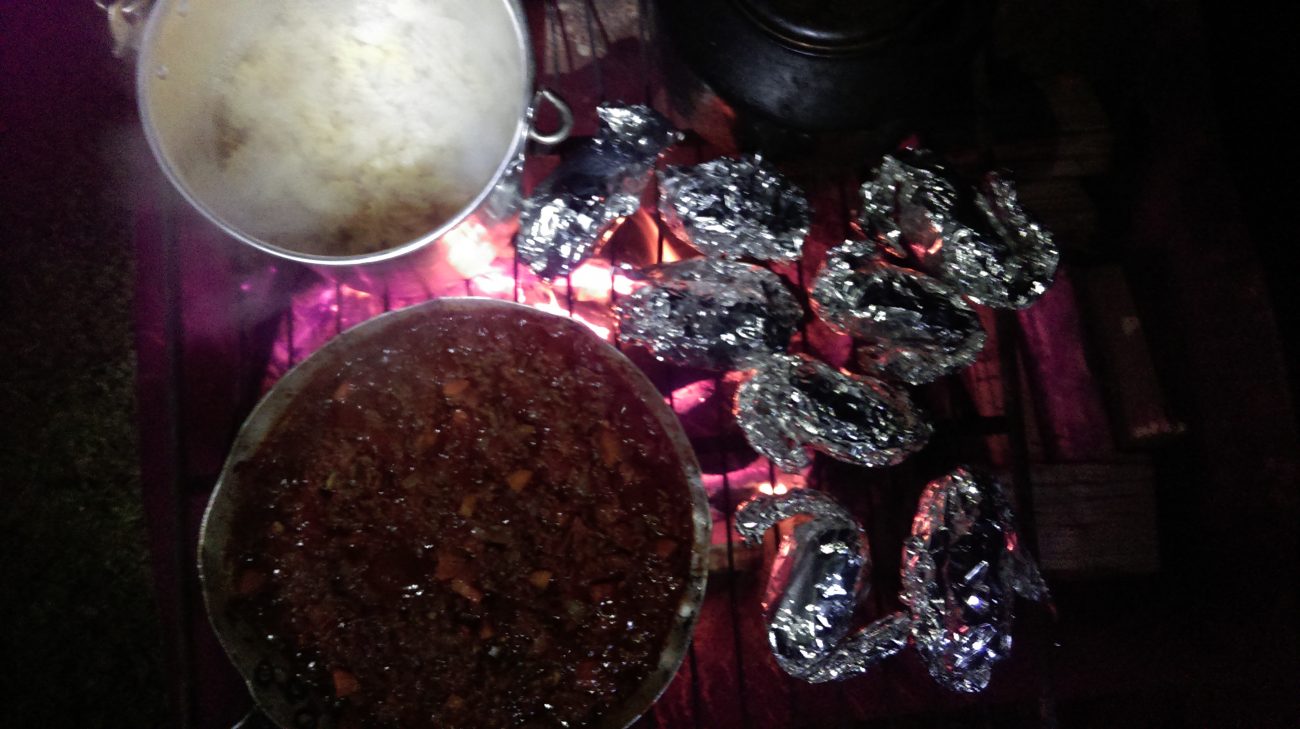 A tasty Italian Bolognese Sauce for pasta, garlic bread or even a baked potato.

A tasty Italian Bolognese Sauce for pasta, garlic bread or even a baked potato.

Bolognese Sauce is one of those things that everyone can sort of make, if not they at least know what it’s supposed to taste like. That was the thinking behind an activity we ran on our last scout camp. In a Ready Steady Cook style competition we told our Patrol Leaders that they had to make a Bolognese Sauce from scratch for dinner. Cooking on fire is something we’re used to, often preparing 2 or 3 meals a day on fire when on camp, so that wasn’t new. What was new was the fact that we didn’t give them any instruction.

All we told them was that they had to use all of the mince and carrots. In front of them they had a range of other ingredients to choose from. There was chopped tomatoes (pretty essential), garlic, fresh basil, lemons and a whole range of other store cupboard ingredients such as stock cubes, eggs, oregano, Balsamic vinegar, red wine vinegar, honey, coffee, paprika, mint, ‘lamb seasoning’, chilli and of course olive oil, salt and pepper. Yeah there were a few things in there that didn’t belong but that was part of the challenge. We didn’t want to include anything too mad, at the end of the challenge we wanted everyone to have had a decent dinner. Even if it couldn’t strictly be called ‘Bolognese’. 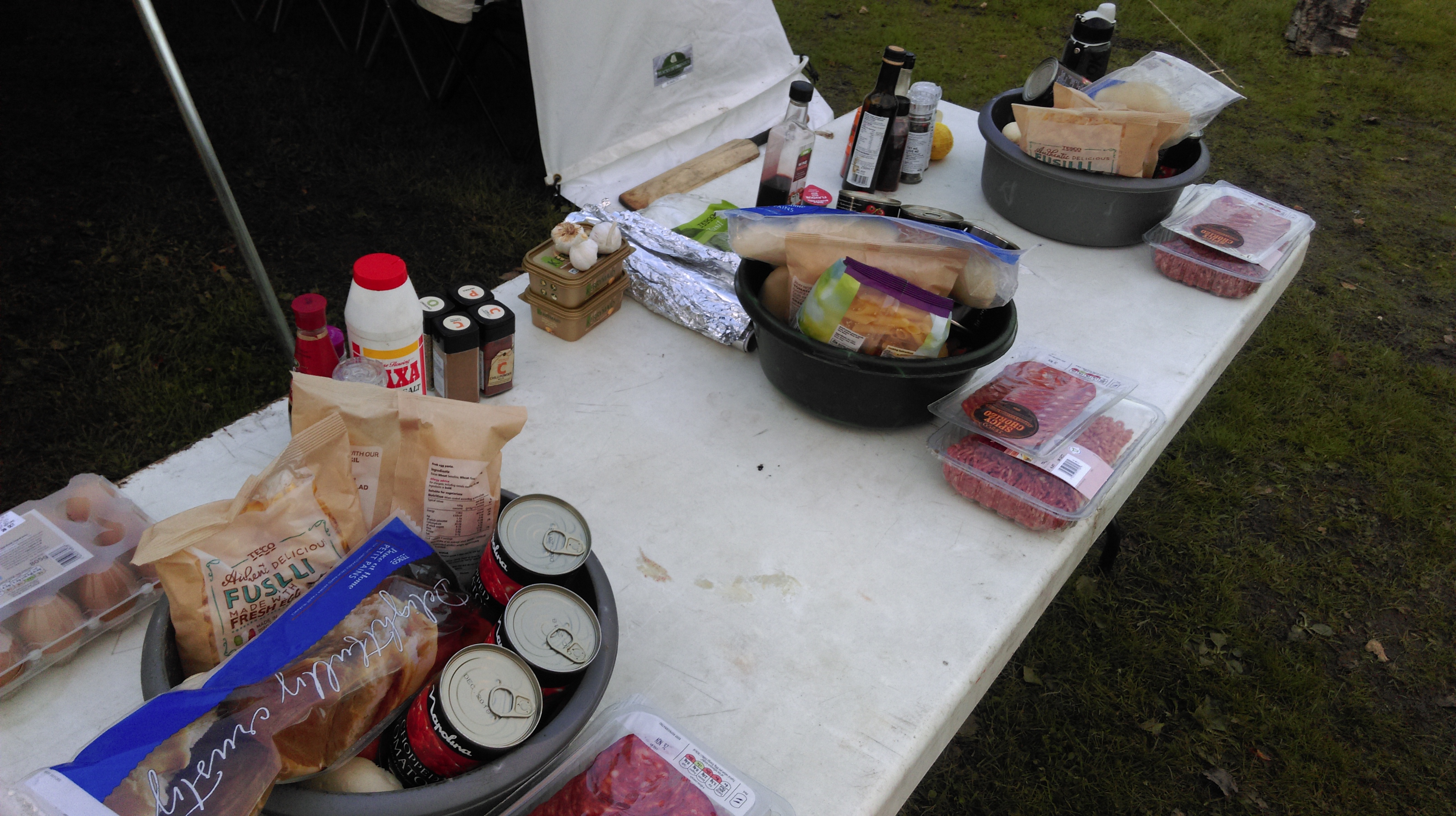 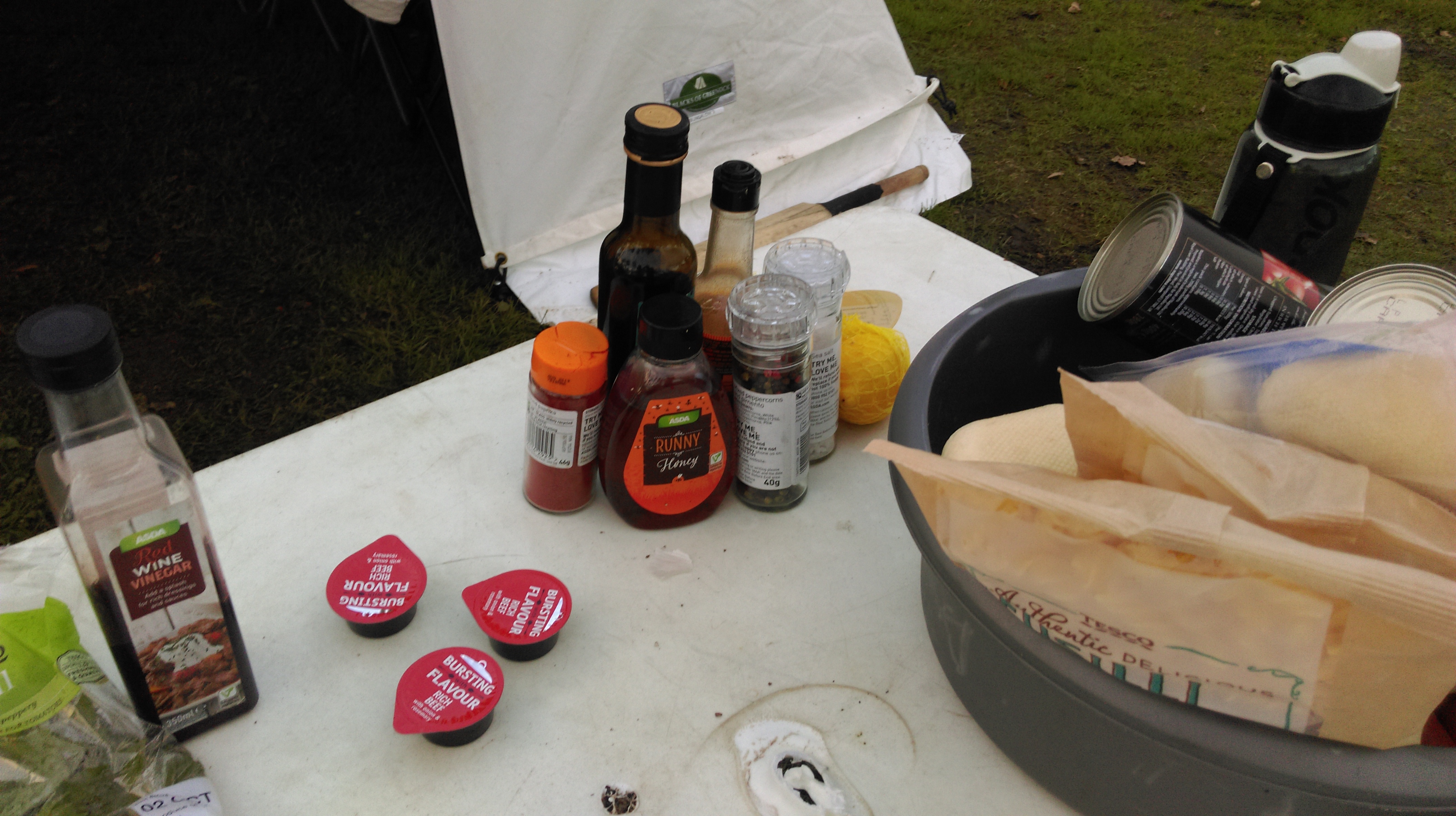 We could get into arguments about what makes an authentic bolognese but generally speaking, it’s a meaty sauce made with tomatoes, stock, carrots, celery (we didn’t have any celery this time) and garlic. It’s usually served with spaghetti, but this is another touchy subject. This time we used fusilli. You can add some herbs if you like such as oregano and basil but, again, you’d get in trouble with a traditionalist for this. If I wasn’t on a scout camp when making this, I’d be adding a half a glass of red wine to my recipe too. 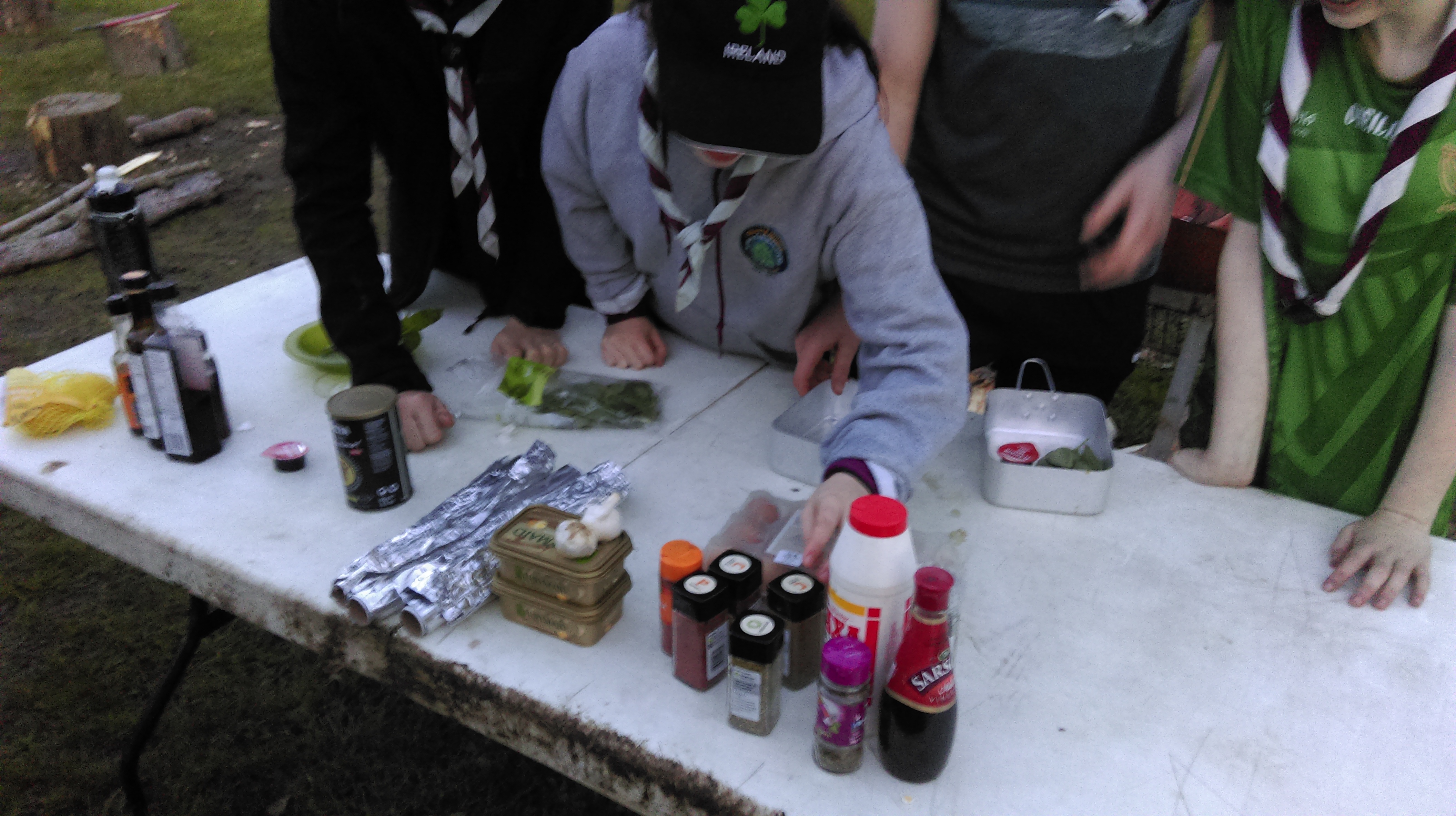 Getting stuck into the invention test

The Patrol Leaders took stock of what was there and then went back to their patrols to discuss strategy. We were right, everyone (thankfully) had an idea of what it should taste like so many of the ingredients were dismissed straight away. One patrol still managed to take away a pair of eggs and another’s finished dish tasted distinctly lamby. At the end of the dinnner, we had 3 tasty but totally different pastas with bolognese sauce. But there could only be one winner and that night the winning patrol was presented with their bag of chocolates and bar of dairy milk around the campfire.

I’m not sure what the thinking was here…

TIP: When on camp, if you have the facilities to store it, fresh pasta is much, much easier to cook than the dried stuff. It only takes a few minutes and you know what size it is, making judging portions easier for younger camp chefs. Of course, if you’re away for a few days and are worried about keeping it fresh, or indeed if you need to carry it far, then the dried stuff is better. We usually serve our pastas on camp with some freshly made garlic bread too, but I’ll save that recipe for a different post.