Before I go into this Chilli, Lime and Coriander Mackerel Fillet recipe, I first want to talk about how we came to have to have so many mackerel fillets.

From the rocks between Newcastle and Bloody Bridge, we set up for the morning. A team of people were fishing from the rocks and another team were out nearby in canoes. Over the four hours, we managed to catch around 25 mackerel and 2 pollack. The 13 participants of the Campfire Kitchen Autumn Camp would eat well that night! 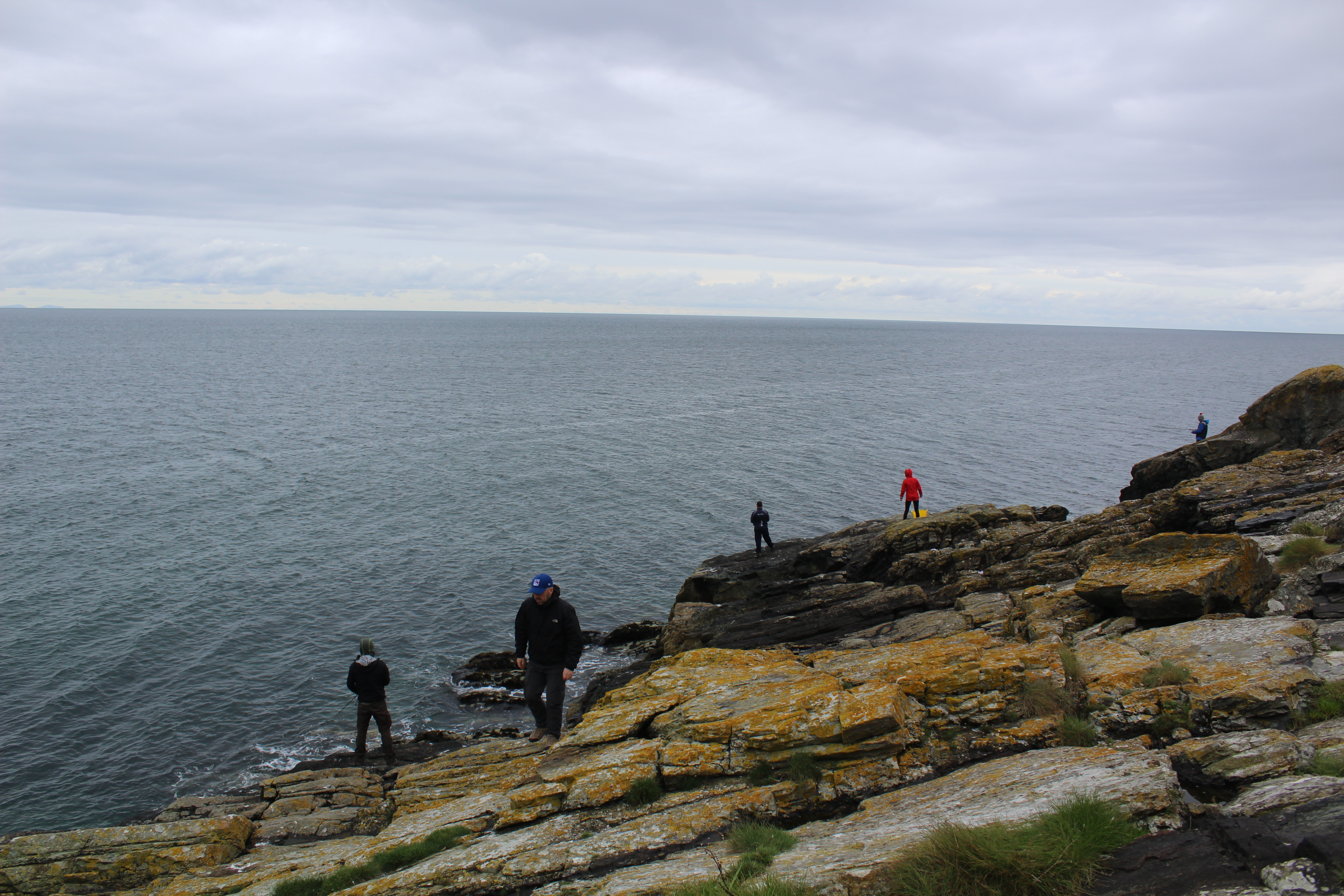 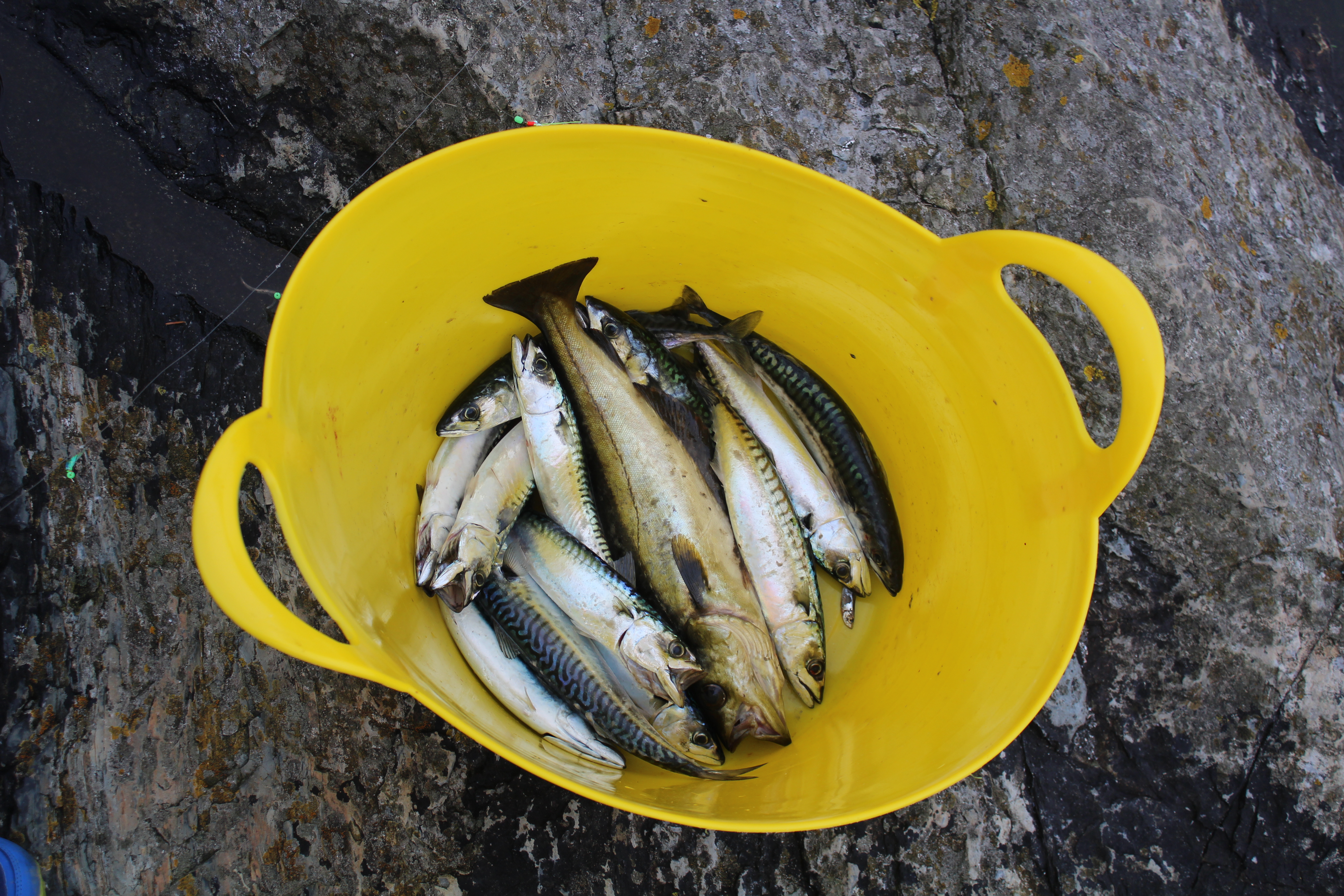 It wasn’t the catching of the fish though that made the day so memorial. It was the story of how one camper earned herself a new nickname. All around us was a wide range of seabirds, from seagulls to guillemots. She was being shown how to cast and she uttered the question, “What do I do if I hit a bird?”. She was assured not to worry, the birds were out to the left and she was casting straight. Of course she hit the poor guillemot who struggled terrified, wrapping itself up in the tackle. 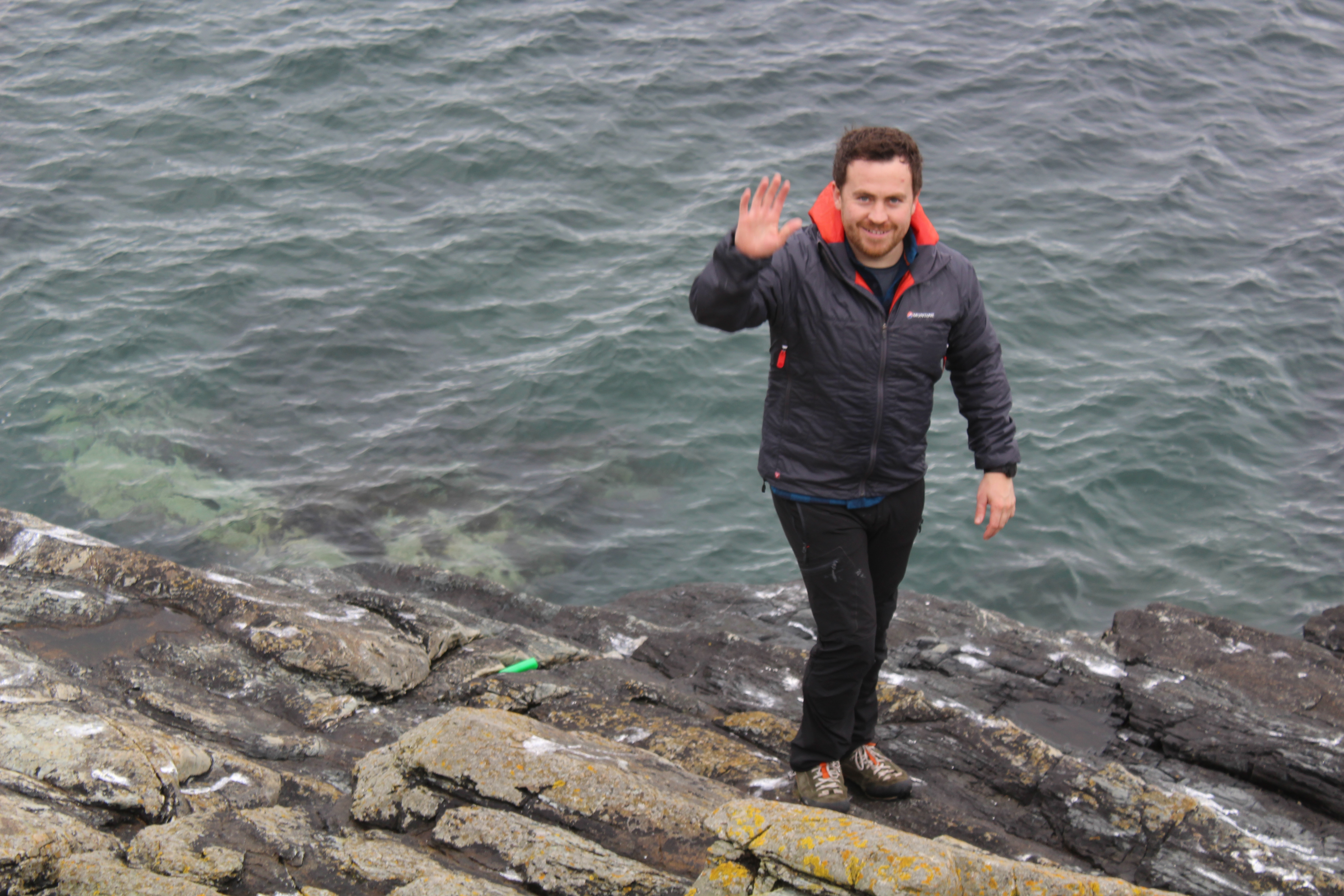 The last photo of Marko’s coat

Snagged up, the only option was to reel the bird in to untangle it. It took the whole shore team to bring the bird in safely without damaging it further on the rocks as it struggled. With the bird on land, Marko covered it with his coat and instantly, in the darkness, the guillemot calmed down. This was the first chance the team had to appreciate the size and beauty of the bird. They’re fairly common on the coasts around the UK and Ireland but none of us had ever been so close. The bird had feathered hooks snagged on its breast and top of its wing but they were removed fairly easily with the bird now calm. Now I wish I could say that no seabirds were harmed in the origin of this story but no doubt this bird was in distress. But I can promise you that the team were as effective as possible in calming and treating the wounded animal who, with the hooks removed, promptly flew away after having thoroughly crapped all over Marko’s coat.

And that’s the story of how Guillemot got her new nickname, ‘Guillemot’. 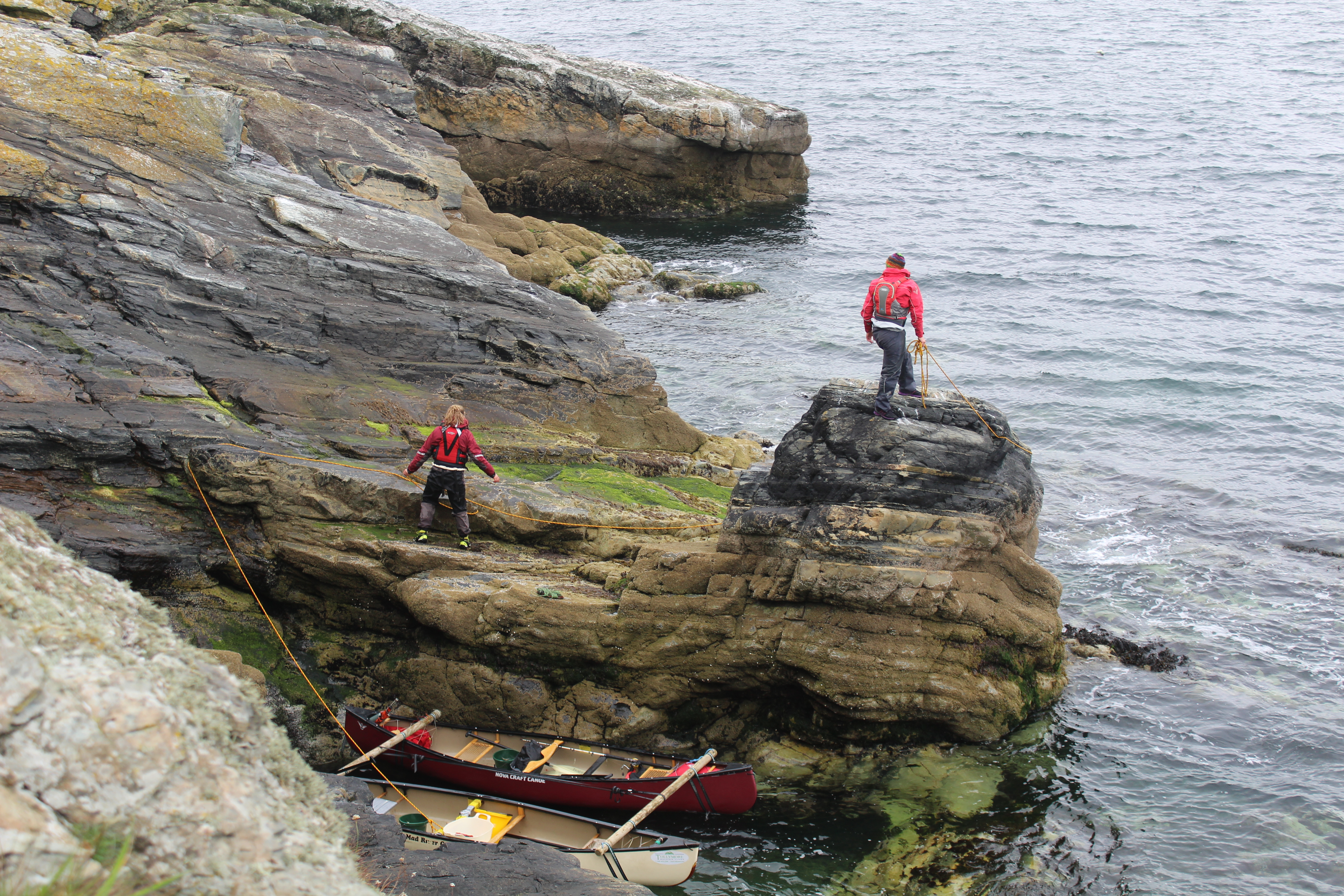 The Canoe Team Coming in for BBQ Brunch

The mackerel we caught this morning were filleted for this recipe but if you gut and clean the fish, it would work well with whole fish. I’ve tried a variety of oils with this recipe for Chilli, Lime and Coriander Mackerel from groundnut, sesame but most recently olive oil. Try out groundnut first for an authentic South-east Asian flavour.