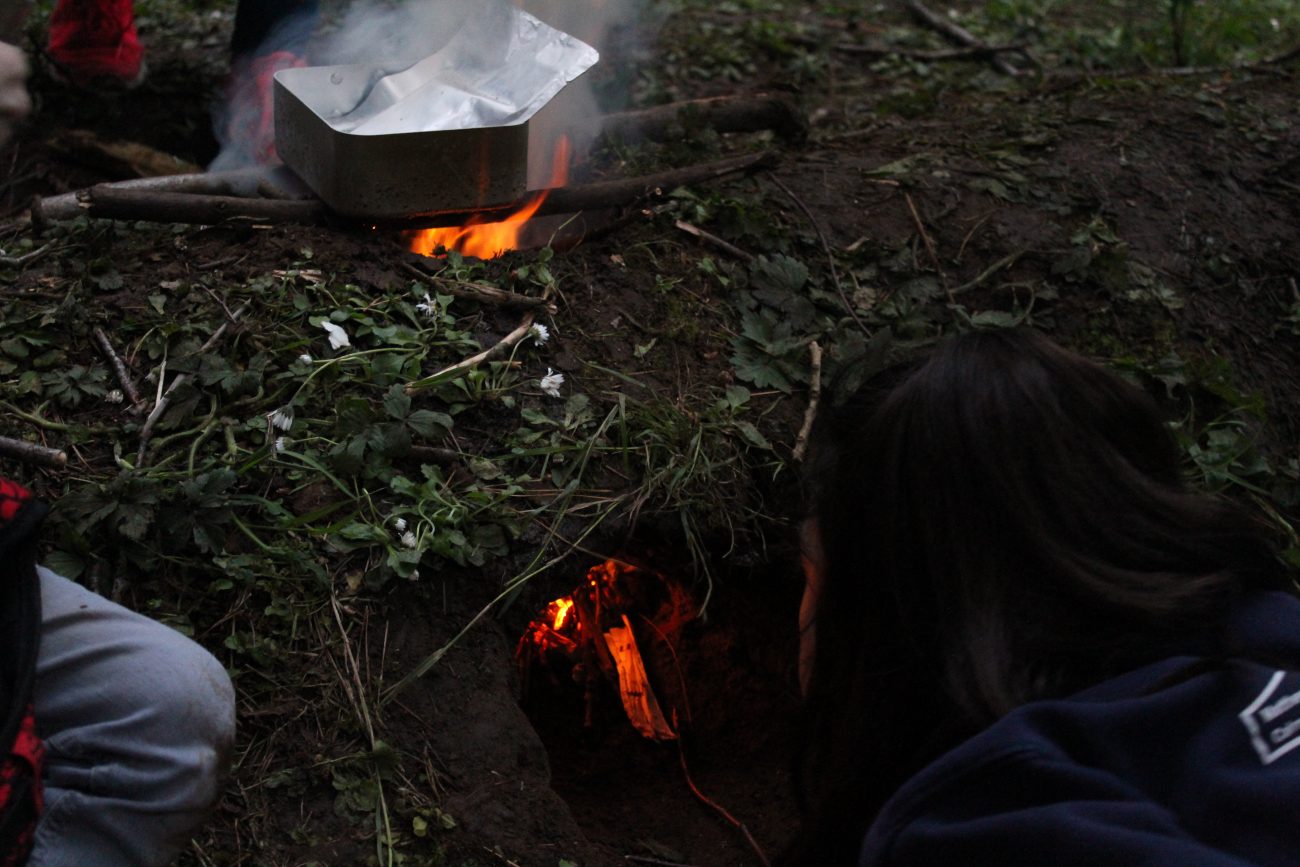 Dakota Fire Pits are a little known but very useful cooking fire which can have many advantages over traditional campfires lit on the ground.  They are essentially a fire lit in a hole in the ground with an air tunnel which allows heat to come out one end and for air to be sucked in the other. 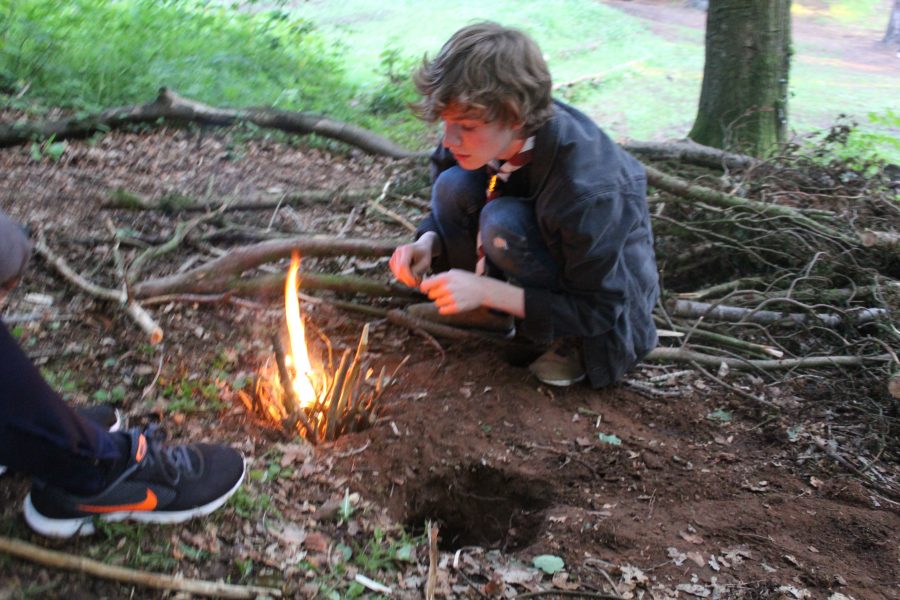 Yes, Dakota Fire Pits require more work at the biginning. Digging the hole can be tough but if you offset that against some of the other advantages we will discuss later, they are worth it.

You need to think about what it’s going to look like before you start digging; avoid areas which are likely full of tree roots or rocks. If set up on a hilly area, your air tunnel will go straight across. If you choose a flatter area, you air tunnel will go down parellel to the air tunnel and be joined in the bottom like a U-shape.

Start by digging your pit straight down at least 30cm or so. If you can save the top part of vegetation, the plug, and set it to the side. This will help disguise your fire later on. Then if you’re on a slope, dig straight across at a right angle to meet the fire pit. If you’re on flat ground you’ll dig straight down and then scope out the soil that joins the two. If possible, you want the air hole to face into the wind. If you stick your arm down, you should be able to stick it round into the other hole. Practice this, if you make your air hole too big, air won’t flow very quickly; too small and the fire will suffocate.

This is what we’re here for! You’ve choosen the ground, you’ve dug out the pit, now we can get burning. You don’t need very big bits of wood maybe the thickness of your thumb or thereabouts. Break them so they won’t stick out the top and stuff them vertically down the fire pit. Light the fire on top of your Dakota Fire Pit and let it burn down into the pit.

Dakota Fire Pits are primarily cooking fires. The easest way to set this up is to lay two live green branches across the top and set your pot on top. You could also build a tripod and hang a pot hanger from the top. 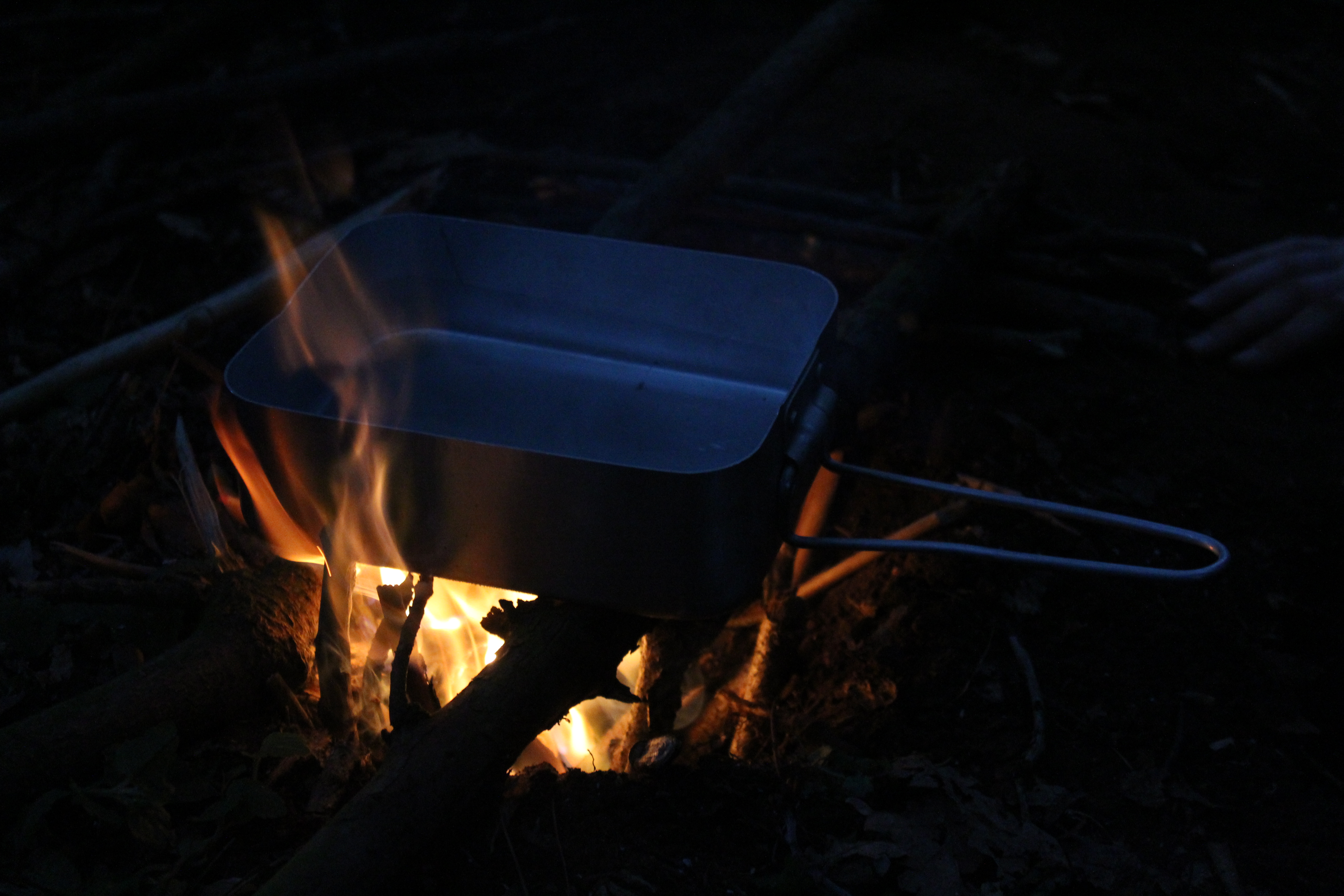 There are many advantages Dakota Fire Pits have over regular fires. 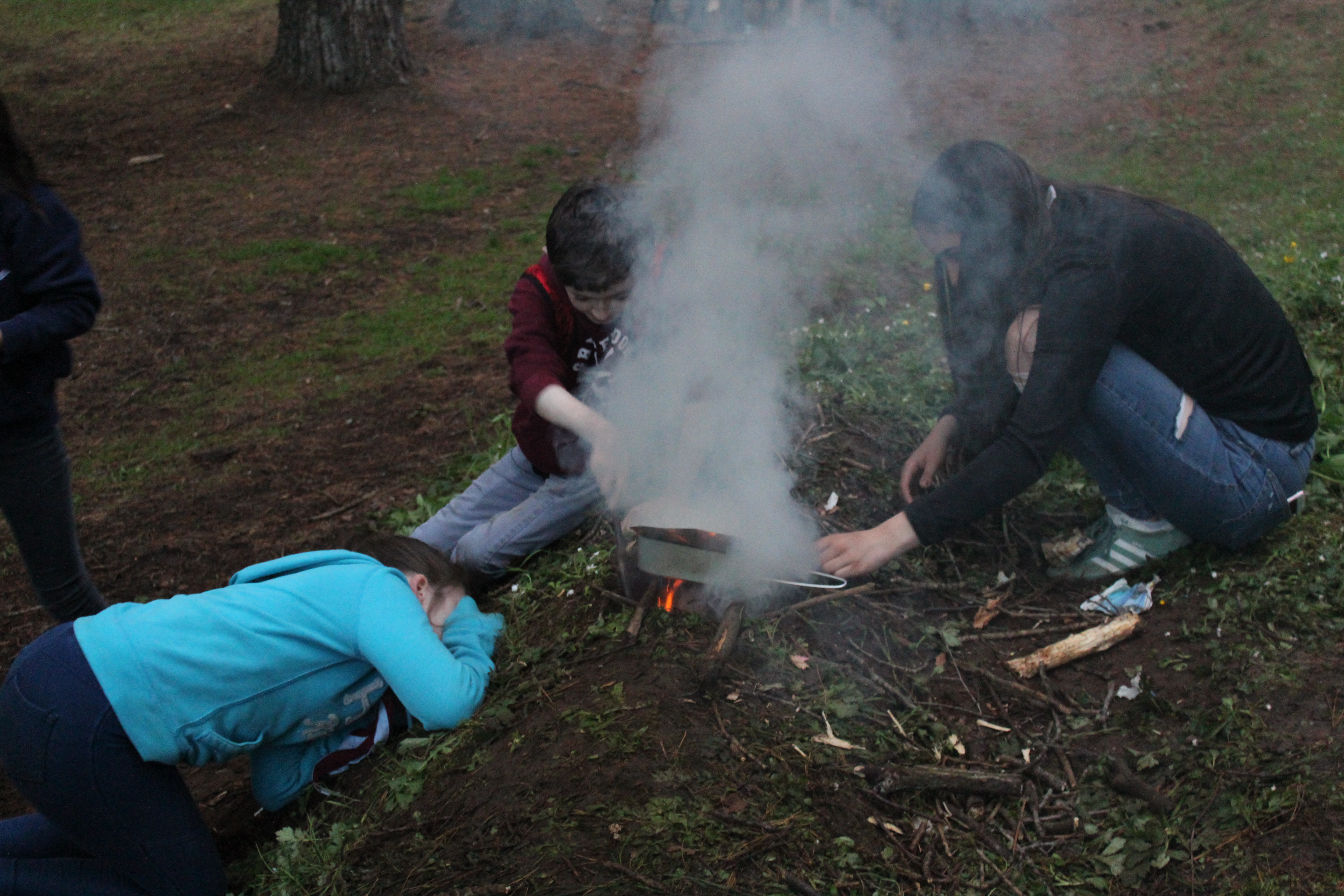 “If done correctly they are virtually smokeless”

There are unfortunately some disadvantages which is why I wouldn’t say alway use Dakota Fire Pits but it is certainly worth practising and adding it to your backwoods knowledge.

Most people out in the outdoors now are very careful when it comes to ‘Leave No Trace’, with these there is no difference. Ensure the fire is fully extinguished with water and fill in the holes with the same soil you took out. Replace the plug on top and scatter any exess wood from your wood pile. No one will ever know you were there.

So like I said, the Dakota Fire Pit isn’t the be all and end all of fires but it is certainly an essential one for your backwoods or survival camping. Try one next time you’re out camping in the woods. 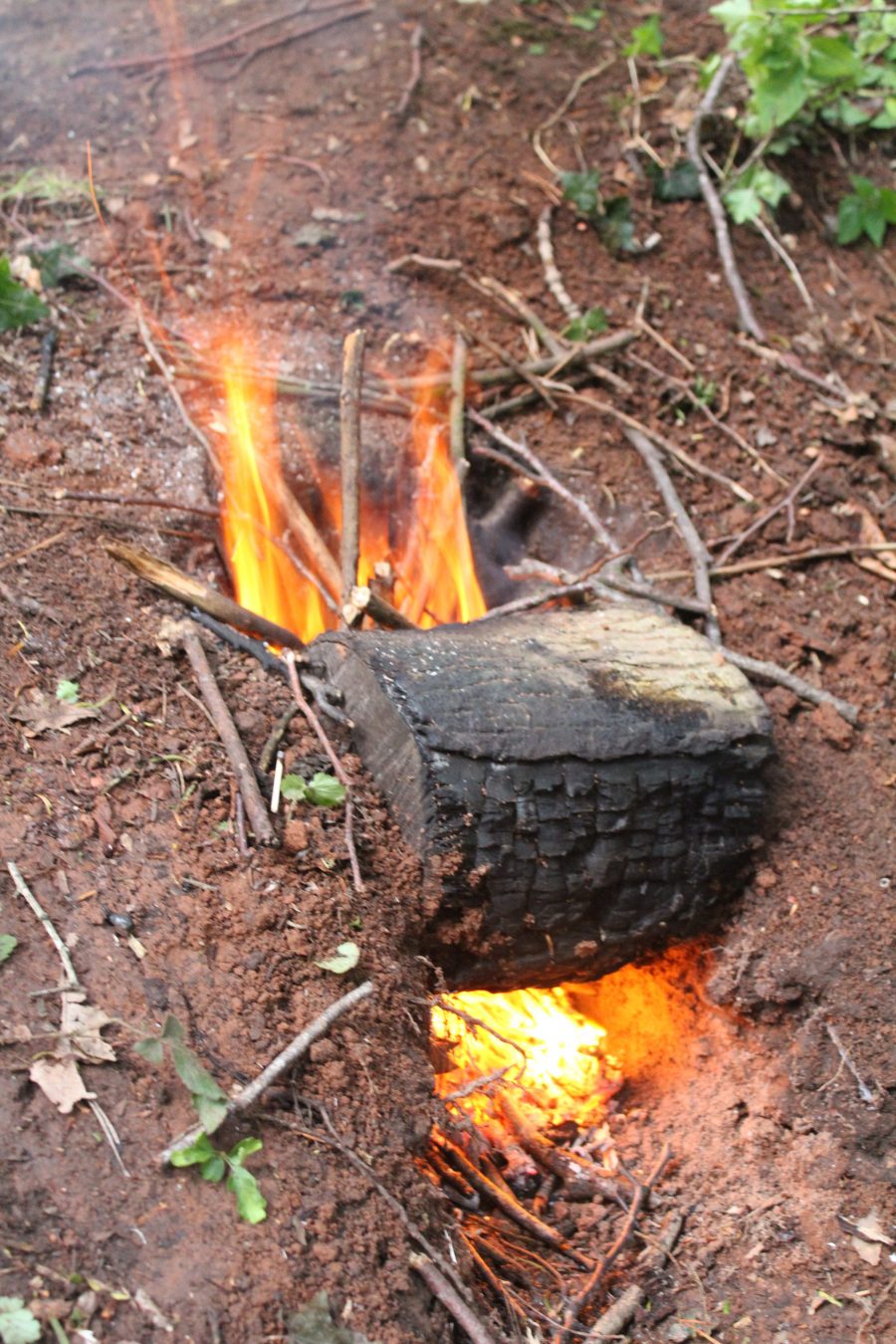 In this example, the ground above the airhole collapsed when digging. If this happens, one option is to wedge something in to create the air tunnel again. We kicked a stump in to act like soil and to fix the Dakota Fire Pit. This is a temporary fix obviously as the fire will eventually catch on the stump too.

[…] are efficient and use much less wood than a traditional campfire. Another great cooking fire is the Dakota Fire Pit. The theory is very similar to this Fire […]