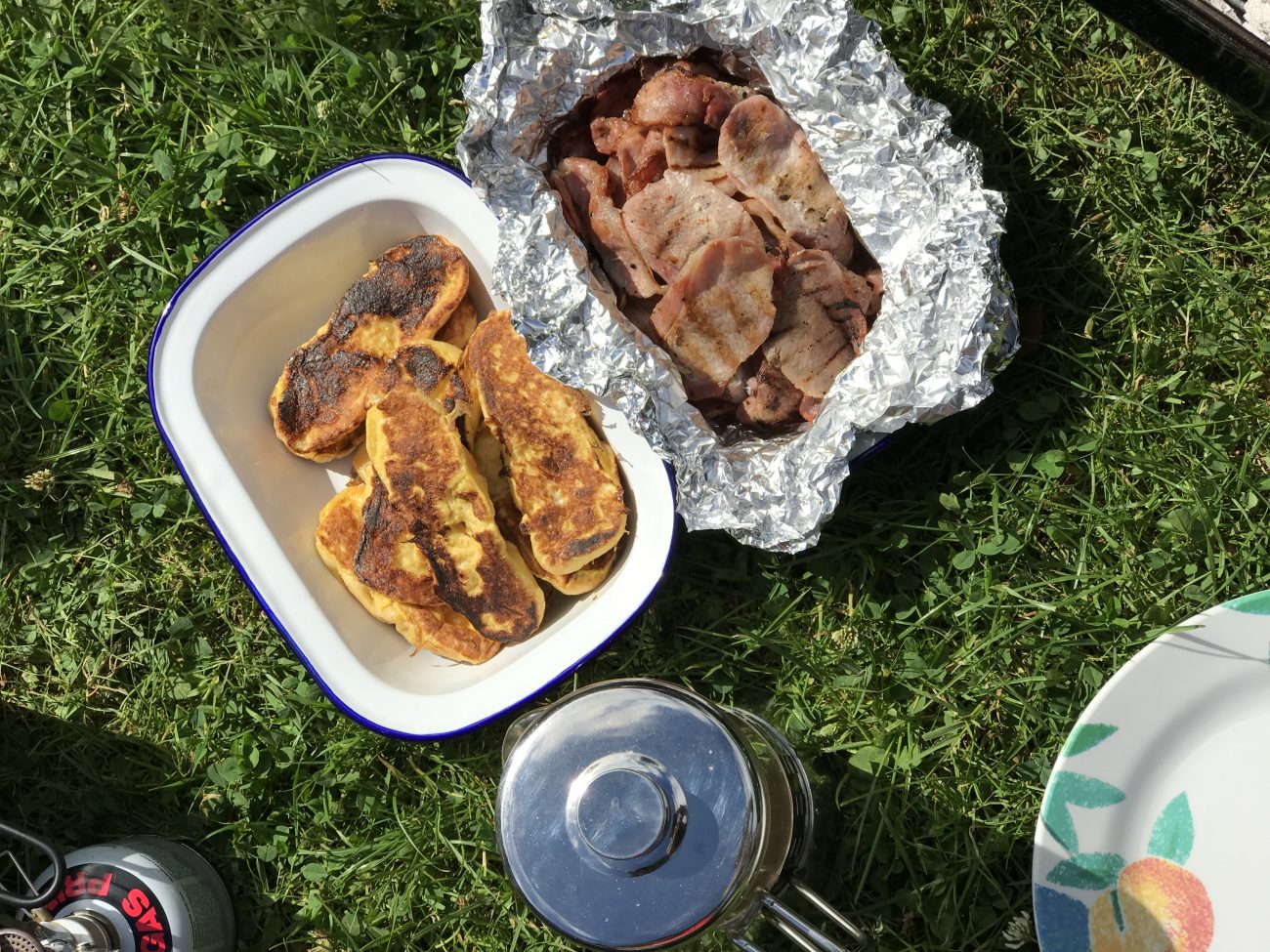 A deliciously simple breakfast of French toast and smokey bacon

Nothing says breakfast like piles of crispy bacon, delicious and sweet French toast and lashings of freshly brewed coffee. I like to make my French toast with brioche bread, it’s sweeter and soaks up the egg well. It also keeps well, not needing to be kept cool. Like most breads though, it is a squash risk when you’re packing it. Therefore, this might be a recipe for early on your camp if you haven’t anywhere safe to store your eggs and bread. I have seen recipes call for extra ingredients such as sugar, vanilla etc. but with the sweeter brioche bread, these aren’t really necessary. The simpler the better.

Either BBQ, fry or grill your bacon to your preferred level of doneness. I’m a firm believer in the ‘crispier the better’, much to the dismay of some of my fellow campers!

Sprinkle your French toast with a pinch of cinnamon (also great on toasted marshmallows if you’ve went to the trouble of bringing it on camp) and drizzle with maple syrup if you’ve brought it. You can serve the eggy bread alongside the crispy bacon, or you can make a little sandwich if you’re cutting down on washing up.

Alright, alright, yes you can clearly see from the pictures that I didn’t make this French toast on a campfire but on a BBQ. The reason for this is simple, I was in a campsite that didn’t allow campfires. Although, I have heard people recently on Facebook wondering if they can put their frying pans on the BBQ, so this Campfire Kitchen recipe just goes to show that you shouldn’t be afraid to.

Because of the fact we’re cooking this French toast on a pan, you really could cook it whatever way you have at your disposal. It would work of course on the campfire or BBQ like I’ve discussed but equally well on a gas or alcohol-burning stove. You could even practice at home on your electric hob if you wanted!