February Swim, Done! I can't wait for it to get warmer. 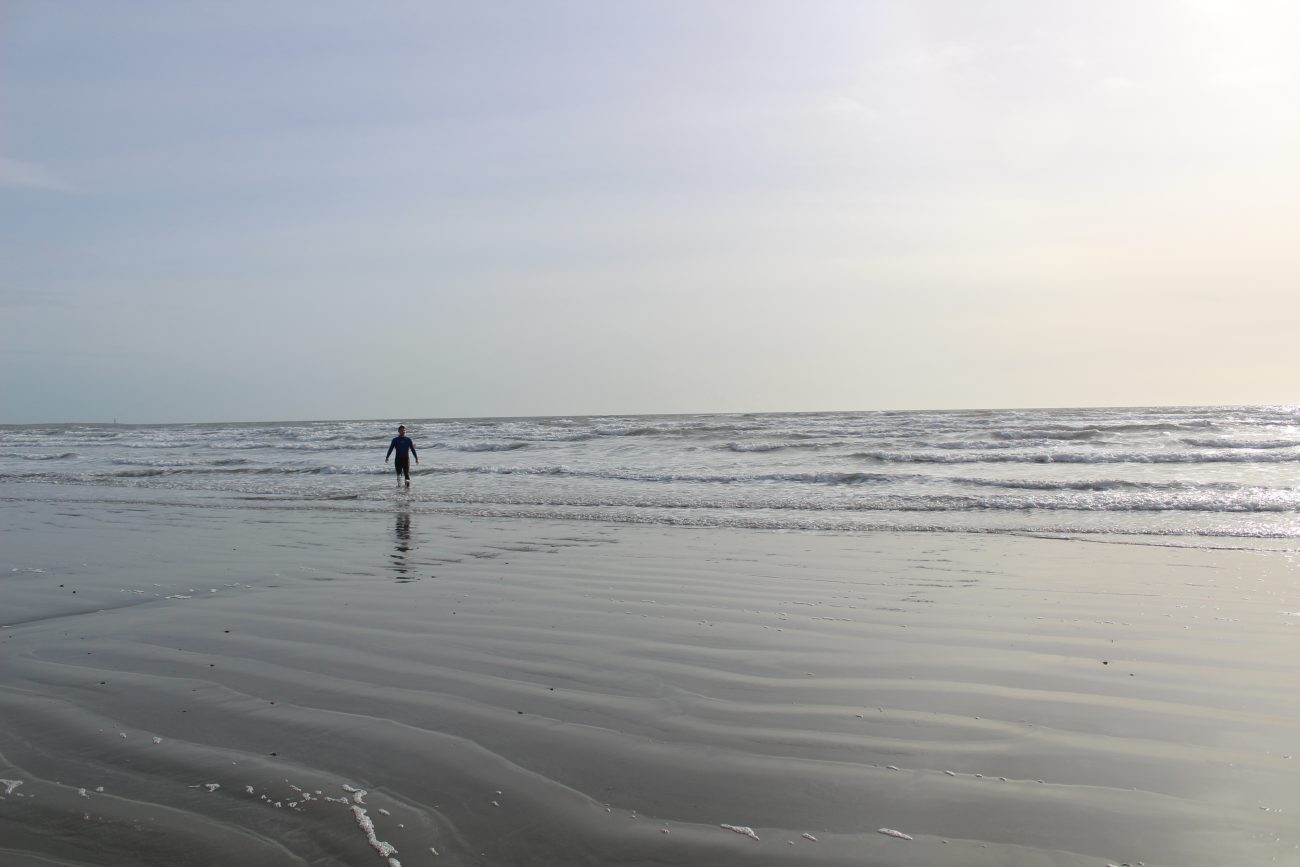 It’s about 12:30 on a Friday in the middle of February. It’s sunny, it’s dry, it’s Baltic. I didn’t have an answer for the man on the beach as he wrapped his two young children up. I think it was a little bit daft to be honest.

I’m eight months into my year of wild swimming. I’ve been swimming outside at least once a month since last July. No rules other than the fact that I can’t go to the same place twice. Today, I’ve come to Tyrella Beach.

One of Northern Ireland’s many Blue Flag beaches, Tyrella has won many awards including the Seaside Award and the Green Coast Award. It’s over 2km of sandy coastline backed by hectares of mature, protected dunes.

Apparently, there is some history here also; a WW2 pillbox is situated on the beach. This pillbox was built in the summer of 1940 during the height of the invasion crisis and guarded Tyrella Beach. What I took for an old dike, those barriers you see on beaches for stopping sand from being removed, was actually the remains of an anti-landing system. A grid of obstacles placed to prevent any potential invasion. Further WW2 artefacts! I had no idea this evidence was here!

Right, the wild swim. It was windy and like I mentioned before, it was cold. This was the first time I’ve found it hard to breath swimming. My hands ached from the second I entered the water and my head hurt any time I was inundated by a wave. It wasn’t a particularly pleasant swim. Waves are good fun though! I enjoyed the rougher water today, it made my quite short swim a bit more interesting! I haven’t had weather like this since I was surfing with Susie and Patricia last July! Tyrella Beach is stunning too. From sea looking north, it’s golden beach as far as you can see. To the south, the mighty Mourne Mountains stood, cloud capped. The only substantial clouds at all actually were over the hills.

I wasn’t the only daft one today! As I was getting dry, there was a man pumping up his kite! The size of this thing astounded me. It looked like a small plane! Today was probably the perfect day for kite-surfing; bright, clear and windy. Rather him than me though, I have an irrational fear of taking off and not coming down…

Just as we were leaving the car park, we passed a van which said, “Winterfell Castle Tours”. The man was taking his Dire Wolf for a walk. You never know what you’ll see on a Northern Irish Beach.